NNN Agreement: Its Importance and Tips for Drafting It 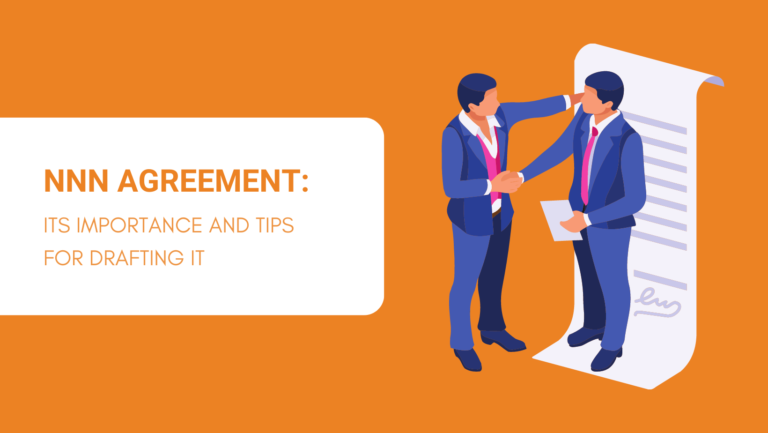 Turning your idea into a product sounds like a dream come true. While you may be very passionate about getting your product manufactured, a scary thought of your idea theft may stop you from taking any practical action.

That’s why you need to know if there is a way you can get your products manufactured while keeping your ideas protected. NNN agreement is one of such ways to legally bind a manufacturer not to disclose your ideas.

In this article, you will learn everything about the NNN agreement and the right ways to make the best out of this agreement.

What Is an NNN Agreement?

It is a mutual agreement between a buyer and manufacturer that legally binds a manufacturer not to disclose the details of the product to anyone. It also stops them from competing with you by selling the same product and breaching the agreement.

As this agreement contains three Ns, let’s discuss briefly what each of them means.

Non-disclosure refers to not revealing the information that you provide to the manufacturer. These details can include the idea of your product, its functions, designs, etc.

Circumvention especially refers to selling a product by lowering its price as compared to the original seller. In other words, this clause stops a manufacturer from being your competitor for the same product.

The Importance and Benefits of NNN Agreements

Let’s take a look at the following objectives and benefits of signing NNN Agreements.

Set the Rules of Engagement

One of the main objectives of a written contract or an agreement is to set the rules of engagement. Since both parties are new to each other, signing an agreement will make it clear what the manufacturer and the buyer are supposed to do.

The NNN agreement sets clear boundaries for a manufacturer that sharing the product details is a red line. In this way, the seller will confidently develop that product without the risk of information being leaked.

As most responsibilities are on the manufacturer in this case, the agreement generally goes in the favor of the buyer.

Copying one’s ideas is not considered a big deal in China unless you bind a manufacturer via an agreement. If you don’t show the manufacturer the importance of the product’s idea, he may not keep it protected.

So, if you don’t want your ideas to be copied by manufacturers, you must sign the NNN agreement.

You don’t know the manufacturers most of the time. It is especially true when dealing with Chinese factories.

You can check the manufacturer’s response just by asking him to sign the NNN agreement.

If he seems comfortable with that, you can start developing trust. If he resists and tries to avoid the agreement, you should insist.

If a manufacturer is not willing to sign the NNN agreement, it’s probably because they have faced or heard of the consequences of voiding the contract before.

On the other hand, if a manufacturer seems to be carefree about the agreements, it may be a sign that they may have a certain degree of integrity.

A good way to judge this is to include tough terms and conditions in the agreement. If the manufacturer agrees to those terms immediately, it may indicate that he is either unfamiliar with the agreement or will not honor it in the future.

You should reveal the content of your agreement to the manufacturers who you have selected for your product manufacturing.

Is NNN Enforceable in China?

Yes. The NNN agreements are enforceable in China. But you would need to invest a good amount of time on it to make it enforceable.

If you have drafted the contract perfectly after consulting with good lawyers and you have mentioned clear cases of the contract breach, you are in a good position to enforce NNN agreements in China.

In case of a breach, you may have to consult more lawyers in China who especially deal with IP breach cases with reasonable success rates.

You should also be willing to spend time visiting courts and available for arbitration. Most buyers do not bother to pursue their cases in China due to their non-availability in most cases.

So, time is the most important factor if you want to enforce NNN agreements. By the way, that’s true for any kind of court case. As time is money for most businessmen, they don’t prefer following their cases.

This would come to the importance of your idea. If you had a lifetime revolutionary product idea that got stolen or leaked by your manufacturer, you could go after him for compensation by using the NNN agreement.

There are other costs involved too. You would have to spend months on the lawyers, and legal fees, and would face challenges in getting your versions translated into the Chinese language.

Don’t let these things scare you away from this contract but you would have to make up your mind about all of this before even signing the contract.

Tip: Show your manufacturer that you may not be in China but you have your contacts there so that he realizes that they may proceed with the infringement case on your behalf.

In simple words, if you think that the enforceability is worth your time and money, you may go after it.

For example, if the breach cost is set to be $1000 and you expect to spend way more than that in enforcing the contract, it would not be worth it.

NNN vs NDA: Are Both the Same?

The NDA stands for a non-disclosure agreement. It is also an agreement between a buyer and manufacturer that stops a manufacturer from disclosing details of your product.

The NNN agreement is more relevant to the Chinese manufacturers while the NDA is considered sufficient in the USA.

What to Include in an NNN Agreement?

A product is not manufactured overnight. If you have thought through your idea, you may be in a position to share many details about the products. You should include most of those details in the NNN agreement.

Following are the things you may consider including in the NNN agreement.

Pitfalls to Avoid in an NNN Agreement

The NNN agreement can only be effective if it is drafted correctly. If not, this whole exercise may go waste.

Let’s look at some of the mistakes you shouldn’t make while making an NNN agreement.

How to Make Your NNN Agreement More Effective?

The basic purpose of doing the whole exercise of the NNN agreement is to make it effective so that both parties have a comfortable working relationship.

Neither you nor your manufacturer would want to go to court. Both have businesses to do.

Therefore, you should try your best to make your NNN agreement so effective that the manufacturer abides by all the rules mentioned.

Use the following tips to make your NNN agreement more effective.

Read the answers to the following frequently asked questions to clarify any doubts regarding NNN agreements.

Which Language Should You Use in NNN Agreements?

Chinese is the official and legal language in China. If you have a plan to enforce the agreement, you should write it in the Chinese language because it will help courts and lawyers to process your case in a better way.

As you most probably don’t understand the Chinese language, you would need help here. You can hire a trustable translator and ask him to translate the English content of your agreement to the Chinese language and then ask your manufacturer to sign it.

If you sign the English version of the contract, you may eventually have to translate it into the Chinese language for the litigation. So, it is better to do it at the start.

Is the NNN Agreement Worth It?

You have to ask yourself if you really need the NNN agreement for your idea because there might be many similar products out there in the market. You may think of your idea as genuine but the factory may have already made it for someone else.

So, you need a lot of research on your idea and product before taking your NNN agreement too seriously.

Yes. If the agreement is drafted and processed correctly, it can be effective. China’s governing laws support NNN agreements and also take action against the manufacturers breaching the contract.

But again, you should be mentally prepared to invest your time, efforts, and money into it to make it effective.

How Much Time Should You Spend on NNN Agreements?

You don’t have to spend a lot of time defining the NNN terms and conditions or negotiating points with your manufacturer.

It depends on the trust level between you and your manufacturer. If you are already in a dispute over a few points, this would mean a trust deficit which is not good for business.

To reduce your time and efforts in making NNN agreements, you are advised to shortlist trustworthy manufacturers.

A good product sourcing agent in China can help you find a Chinese manufacturer who is trustable and reputable.

What If the Manufacturer Doesn’t Sign the NNN Agreement Before the PO?

Some manufacturers want the purchase order before they legally bind themselves to an agreement. What to do in this regard?

A good strategy, in this case, is to include specific clauses in your PO. You can also make your PO valid subject to the fact that the manufacturer signs the NNN agreement with you.

How Can You Protect Your Idea without NNN Agreement?

Dealing with Chinese companies can go beyond the language barrier. While it is cost-effective to get your products manufactured in China, you are always in a fear of disclosing your ideas.

Therefore the contracts like the NNN agreement give you certain protection against copyright infringement in China. It can be a powerful tool to turn your dream ideas into products if you follow the tips and tricks discussed in this article.

If you want help in reaching out to the most reliable manufacturers in China, ask for a free quote today. We know what you want and will take you through every step professionally.

Do you want a good supplier?

We can find you the right supplier to help you start or grow your business.

Now you have a better way of product sourcing

Ready to have the world’s factory at your fingertips? Try us and level up your business now.

Start with a Free Quote

China sourcing agent that helps you save cost, move fast, grow the reputation and build a brand.